The Immaculate Conception Academy, Inc. was conceived in October 19, 1947 when Mr. and Mrs. Jose Campos, Sr. became fully convinced of the great need for a secondary school in the town of Dasmariñas.

Mrs. Luisa Campos had been the principal of Dasmariñas Elementary School (DES) for thirty years. She started Grades 5, 6, and 7 in this town. But it was not easy on her part to accept the fact that hundreds of pupils who graduated from grade 7 could not proceed to a secondary school because of transportation and financial constraints. It is to be noted that the nearest secondary school then was Imus Institute, a private school in Imus, Cavite. Unfortunately the tuition fee in the said school could hardly be afforded by ordinary people. There was the Cavite National High School in Cavite City which was a public school but it was not accessible because transportation was very limited then.

On the other hand, Mr. Jose Campos, Sr. was the Provincial Sherrif of Cavite based in Cavite City. He got in touch with the Schools Superintendent, Mr. Evaristo Narvaez of Bacoor. The latter gave Mr. and Mrs. Campos the idea on how a similar school was started in Bacoor where he hailed from. The said high school was housed in a convent. Mr. and Mrs. Campos decided to follow the same plan of action. The couple talked to the incumbent Dasmariñas parish priest, Rev. Msgr. Mauro M. de Leon who turned out to be very receptive to the proposal. This was the beginning of Immaculate Conception Academy (ICA), the dream that became a reality the following school year.

So in June 1948, ICA opened its frst classes to sixty seven (67) first and second year high school students. The first classroom was in the church convent, which at that time was the biggest building in town. Later, the school acquired a lot in the town plaza beside the church and built its two-storey building thereon in 1956. In 1979 a two-hectare lot in Ibayo was acquired and a one-storey building was made for the Industrial Arts and Physical Education classes. The site was called the Vocational Site.

Eventually ,Mrs. Campos was able to enlist the services of Mrs. Lucila V. Mangubat, one of the head teachers of Dasmariñas Elementary School (DES). Two other teachers gave generously their moral support, encouragement and fnancial contribution namely Miss Nadina Mangubat-Barzaga and Mrs. Purifcation Sapida-del Rosario. Mrs. Campos, Miss Barzaga and Mrs. Del Rosario were still connected with the public school at the time that the school began its operation. However, this did not hinder them from doing their best in attending to the needs of the school even on weekends.

To cope with the growing demand, a one-storey building was also built in a rented lot belonging to the church in the town plaza, which was used for the offices of the School Principal, Treasurer, canteen and additional one classroom. This building was eventually demolished. However, to make up for the lost space, three floors were added to the building in the town plaza. Later, the Vocational Site in Ibayo was sold and a 2,212 sq.m. lot was acquired along E. Aguinaldo highway where a two-storey building was constructed. Another floor was added as the need arose. In June 1992, a preschool patterned afer the Montessori System was opened in a rented place along Congressional Avenue across the Dela Salle Health Sciences complex. At present there are FIVE (5) campuses, namely : The West campus (Ibayo), the South campus (Langkaan), the Science/Plaza campus (Dasmariñas Town Proper), and the ICA- MAIN (East Campus, Congressional Road). The five (5) campuses were established to bring the school closer to the residential areas and eventually serve as community centers for learning. It is envisioned that in the future the out-of-school youth may be helped with athletic facilities and libraries. Some form of adult education program can also be initiated. Each campus is equipped to handle kinder, elementary and junior and senior high school students.

Immaculate Conception Academy (ICA) is a private, non-sectarian, coeducational institution of learning established in 1947. At present there are four (4) campuses strategically situated around the City of Dasmarinas, namely : The West campus (Ibayo), the South campus (Langkaan), the Science/Plaza campus (Dasmariñas Town Proper), and the ICA-MAIN (East Campus, Congressional Road) to bring the school closer to the residential areas and eventually serve as community centers for learning that continues its vocation in molding the youth into total individuals with desirable knowledge, competitive skills, and Christian values. In partnership with the parents, Barangay Council, Teachers Association and its stakeholders, this institution, with competent and committed faculty and staff, will deliver holistic quality basic education to the community and produce empowered employable graduates who are able to reach their full potential and are able to respond to the needs of the country and the world as a whole. 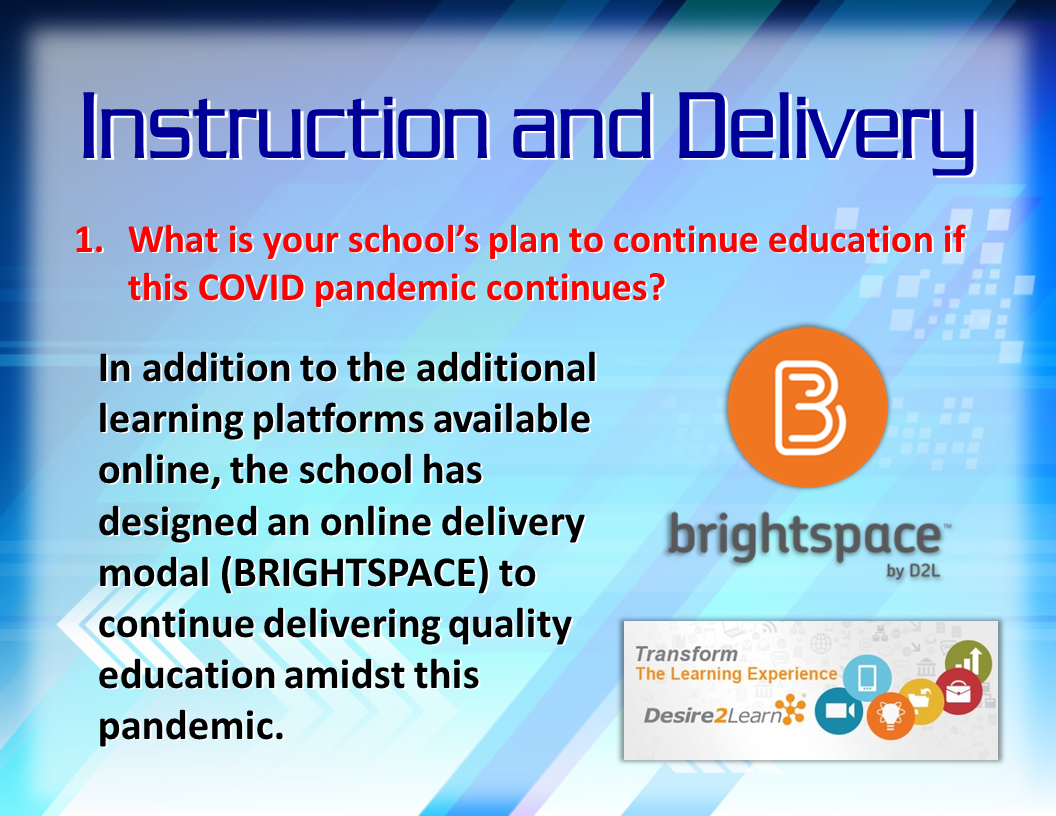 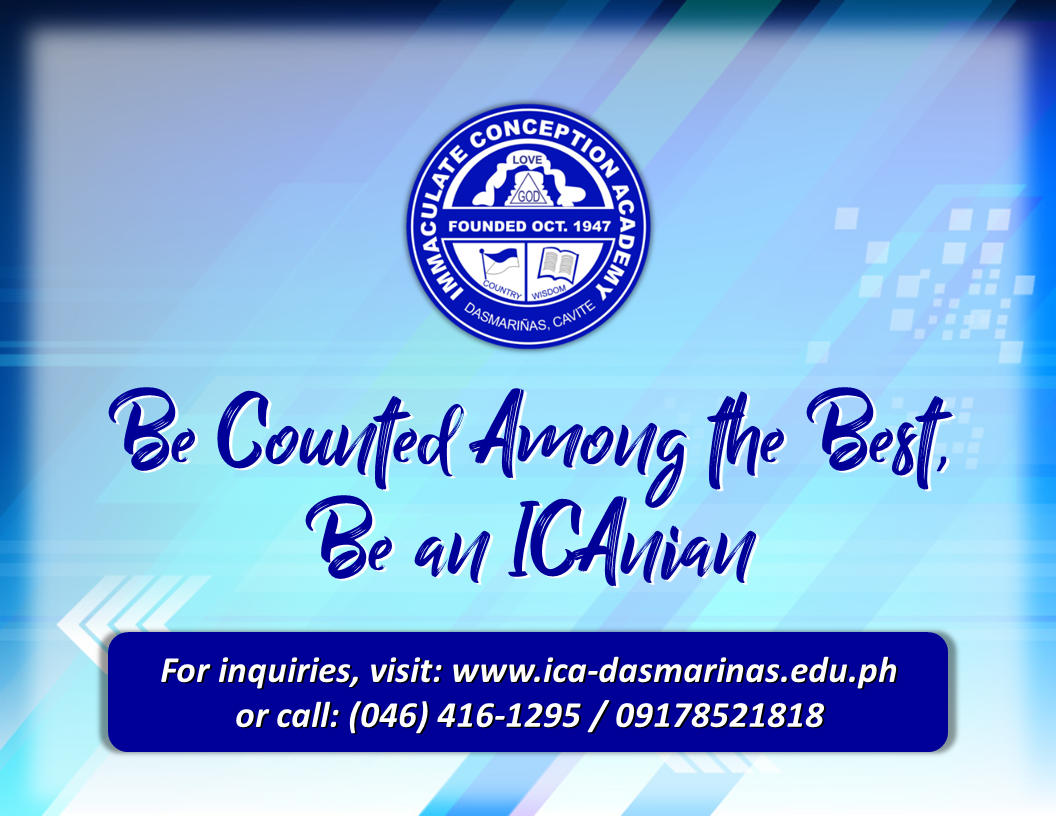